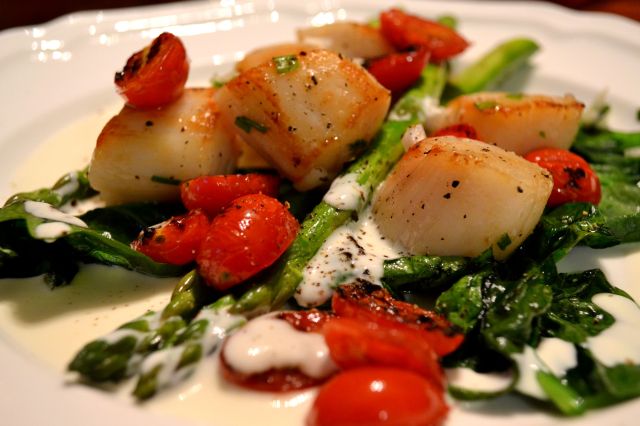 The recipe for this dish comes from Carlos’ French Restaurant in Highland Park, Chicago (now closed). The recipe is longer than it needs to be, IMO, so I’m just going to talk about how to make the lemongrass sauce. It’s fabulous.

Aside from the sauce, just make sure you dry your scallops before searing them in about 1 tsp olive oil. That’s the trick to golden scallops. 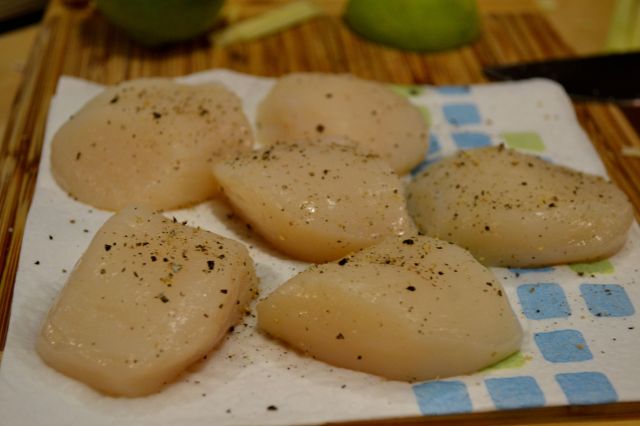 After removing the scallops from the pan, cook the spinach until just wilted. Remove and follow with asparagus, chanterelles (if you like), and sliced cherry tomatoes.

But first, the lemongrass sauce…

Pour the cream into a large, heavy-bottomed saucepan and simmer. Add the crushed and sliced lemongrass. 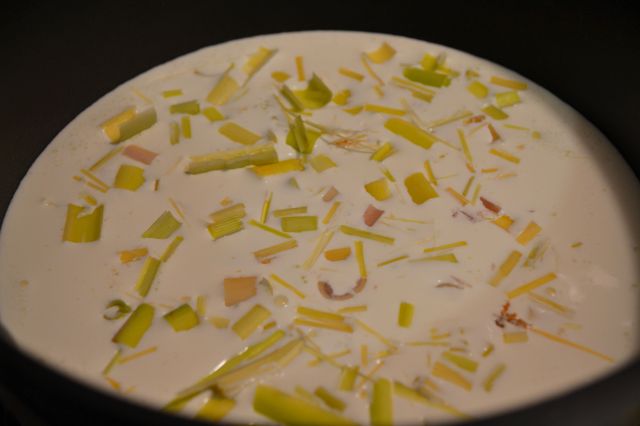 Cooked down until reduced by about half. Strain. Add the lime juice and simple syrup. 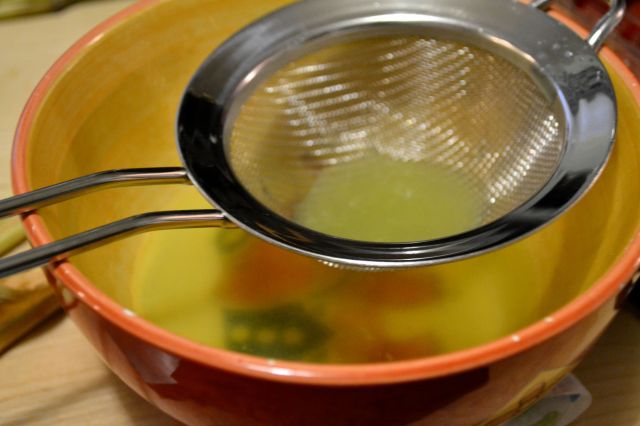 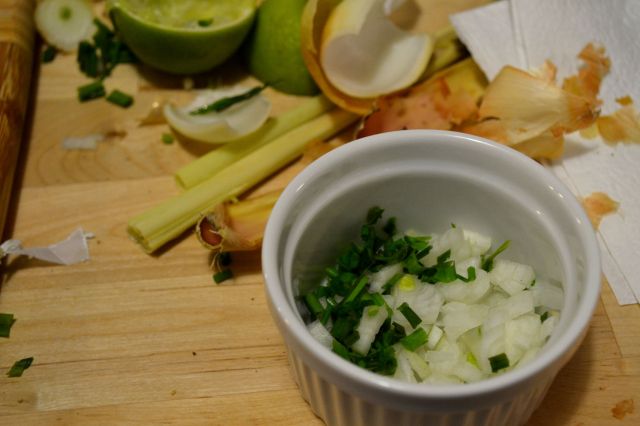 Pour a base of lemongrass sauce and plate vegetables and scallops on top. 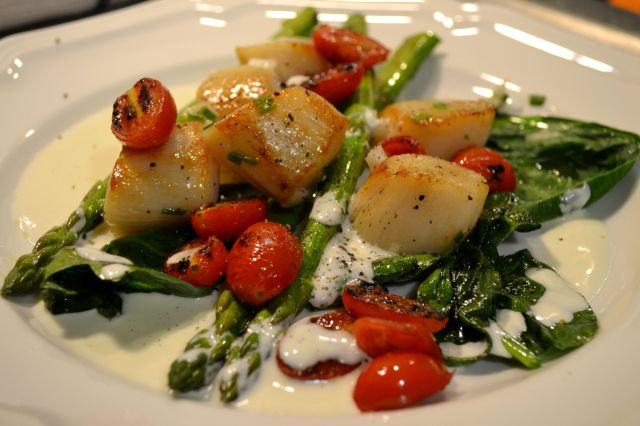 This sauce can be frozen for later to serve with shrimp, whitefish or more scallops. Enjoy!

Foodie and Artist.
View all posts by GretaCooks →
This entry was posted in Seafood, Vegetables. Bookmark the permalink.