Dakota’s favorite meal used to be Jambalaya until I started making this soup. Both are extremely hearty. In fact, if you’re counting calories, don’t even read this recipe. Back away slowly. 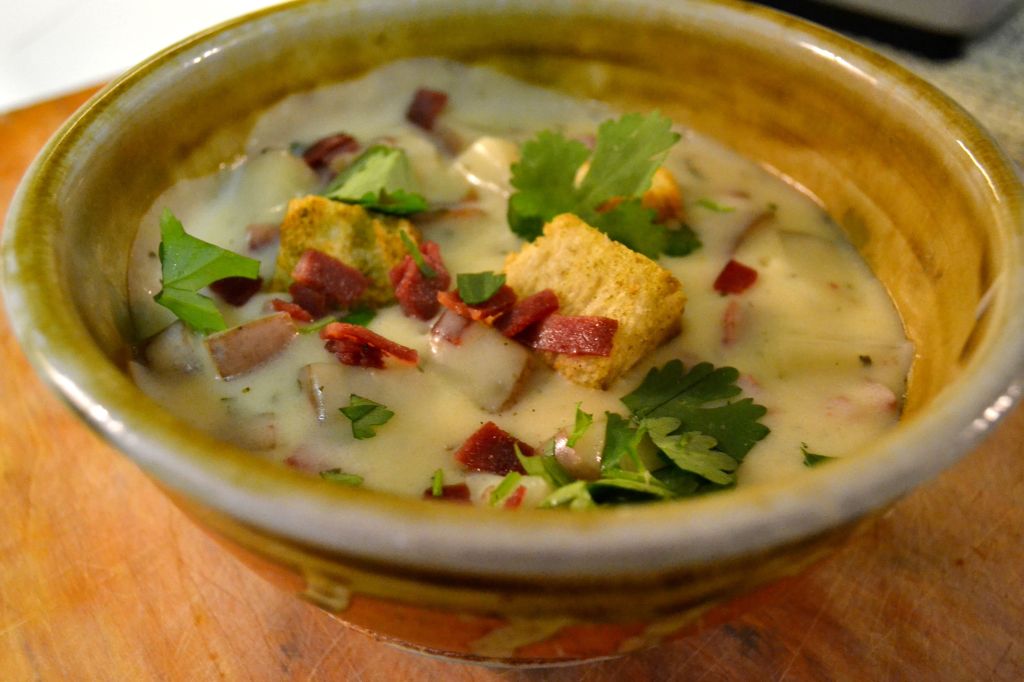 The key to a good potato soup is roasting the potatoes. If you boil them, your soup will be mush. Preheat the oven to 425 degrees. Dice your bacon and saute in a skillet. Meanwhile, chop your potatoes into small cubes. Coat your potato cubes with the bacon drippings, salt and parsley flakes. If you used turkey-bacon, you’ll want to add a little olive oil. Turn to cover thoroughly and place in a shallow baking pan (or two). Roast the potatoes for 20 minutes, turning mid-way through.

Now you’re going to make a roux. A roux is a thickening agent for sauces and soups, primarily consisting of butter and flour.

Melt your butter on low heat in a large pot with chicken bouillon, onion salt, and pepper. Sift your flour on the side. When the butter has melted, begin to add the flour a little at a time, stirring until your roux is a bit crumbly. Use a whisk to stir in the quart of half & half until smooth.

While the soup is thickening, stir occasionally over low to med heat.  Chop the onions and finely grate the Asiago. Add them both to the soup. 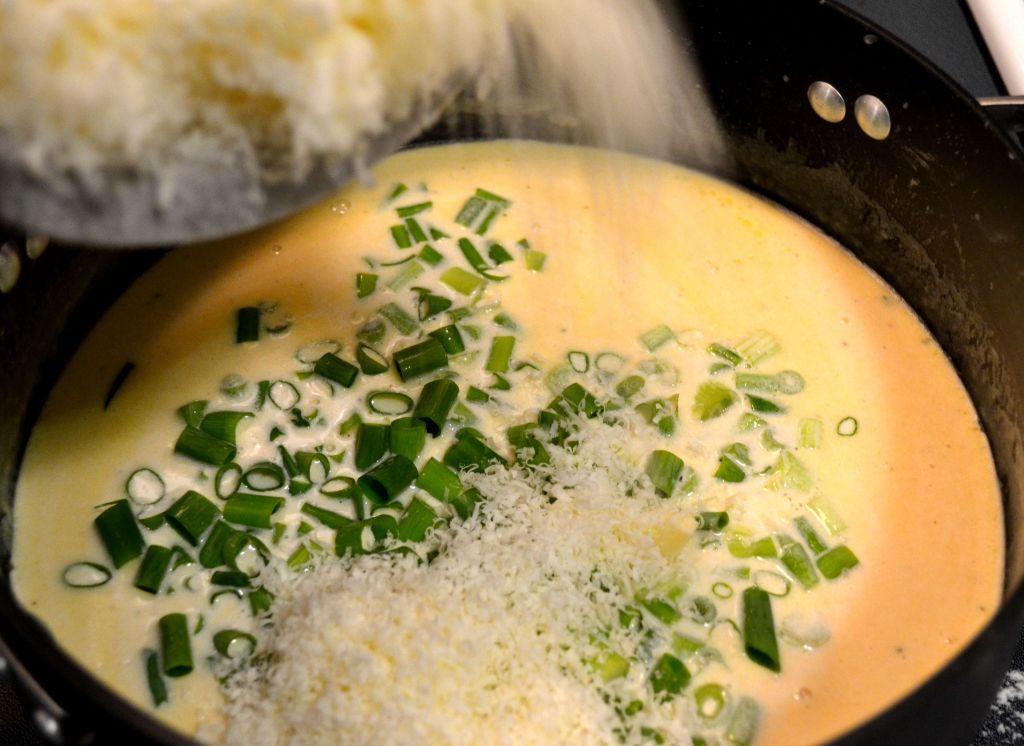 Add your potatoes and stir well. The soup will be very thick, so gradually add the 2% milk to thin the mix to desired consistency. Add 3/4 of the meat (save the remainder for garnish). Continue to cook over low to med heat for one to two hours, stirring occasionally. Depending on how thick you want it, you can add water during this time.

The great thing about this soup, aside from the flavor, is that it will feed an army. It’s hearty and creamy, and left-overs hold up well. You can even freeze it. Add water to any left-over soup when you are ready to reheat, and mix well.

This recipe is found in The Gathering of Friends, Volume two, by Michelle Huxtable, Clarendon Woods Publisher, 2009.